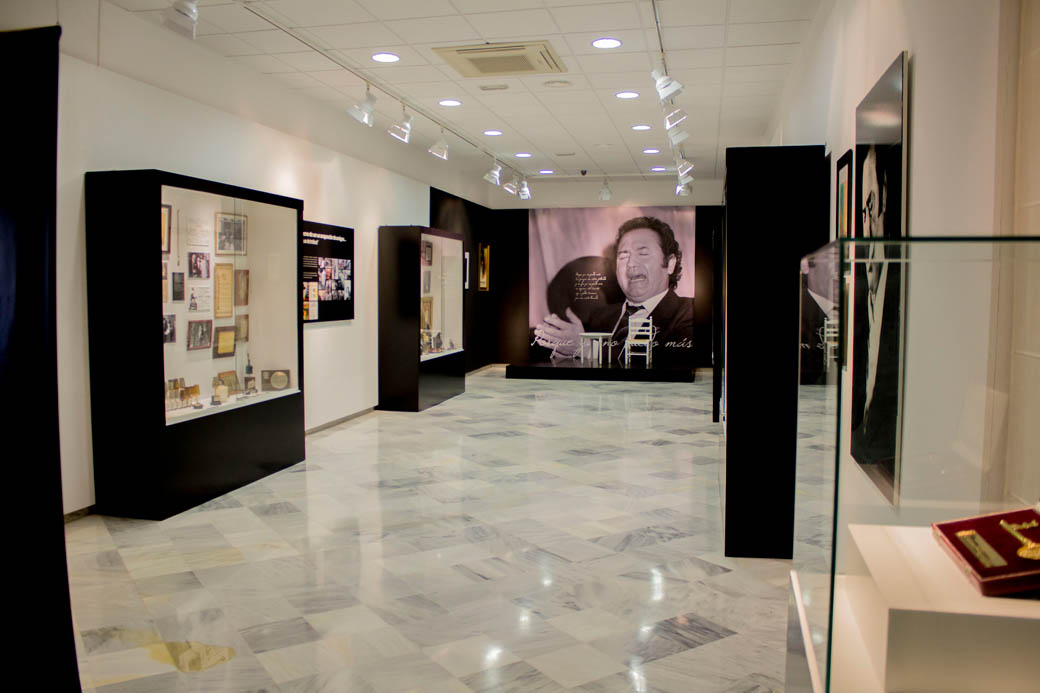 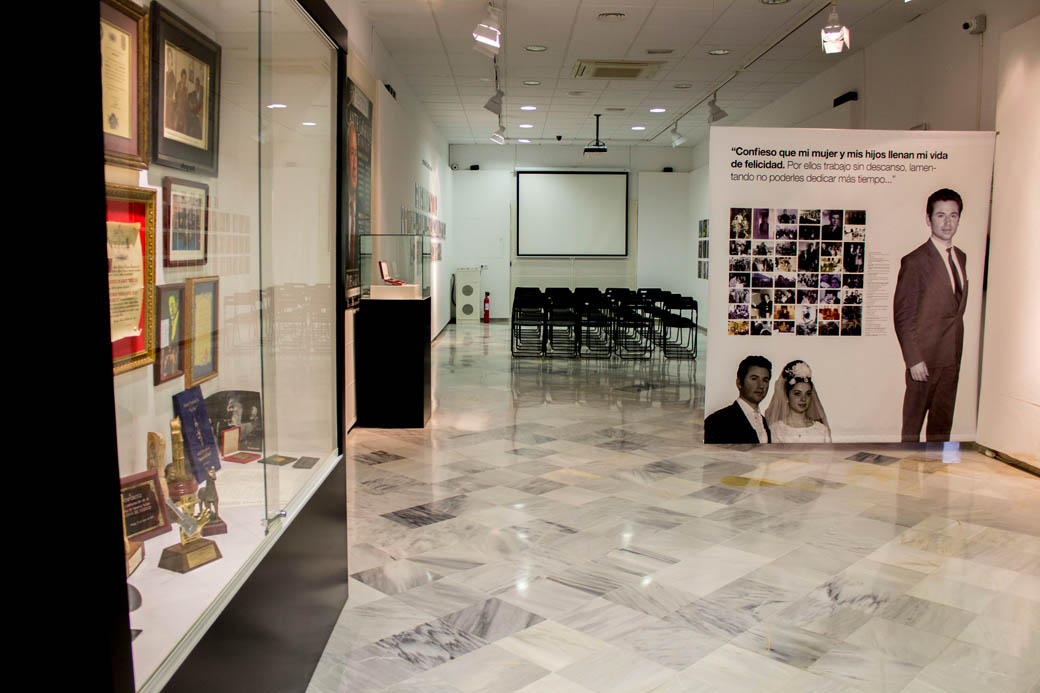 The “Fosforito Hall” has two clearly differentiated spaces that are presided over by the “Llave de Oro del Cante” located in a display case in the centre of the room. The first space is on the right of the hall where you can see the posters, to date, of the Festival de Cante Grande Fosforito, as well as the discography of the “Maestro” in its entirety. The space has been equipped with audiovisual equipment so that it can be used as a multipurpose space for conferences, presentations of flamenco activities or screenings.

The second space, which is more exhibition-oriented than the first, is dominated by the image of Fosforito in the background, and there are four large showcases with the trophies, plaques, insignia and photographs, which narrate the life and work of the artist. Just as you enter, you can see a brief photographic summary of his life.

In a first showcase, posters of his first performances, photographs, and trophies begin to appear that take us to the mid-1970s. The second showcase has plaques, medals and distinctions that speak of the singer’s artistic life until the early years of the 21st century, when he definitively retired from the stage. In the third one, special mention is made of the peñas, and flamenco associations and federations from which the “Maestro” has received honours. Finally, a fourth showcase, where in addition to his facet as the most international cantaor, his multi-faceted character as a judge, composer and essayist can be appreciated.

Between these showcases there are two panels, one dedicated to his life and friends, and the other aimed at visually addressing the places where Fosforito feels universal: peñas with his name and cities where he has performed or received tributes.

Puente Genil has dedicated one of the rooms of the Historical-Cultural Ensemble to Enrique Pérez Almeda, a painter closely linked…

The permanent exhibition of Easter Week was born with the idea of showing all visitors a place that collects memories,…