In Puente Genil, where the sun goes sweet in its most emblematic fruit, the quince, and the light art, the celebration and the passion we put into it is an important part of our identity. 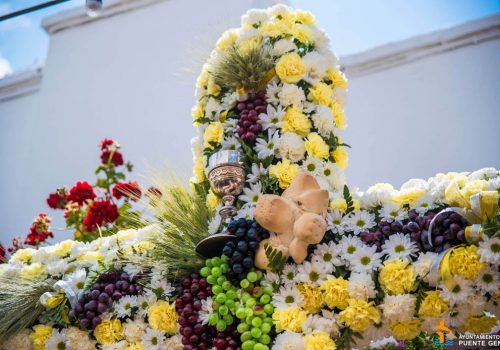 May Crosses
Traditions and Festivals 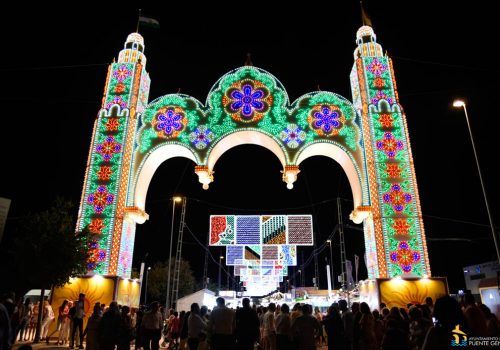 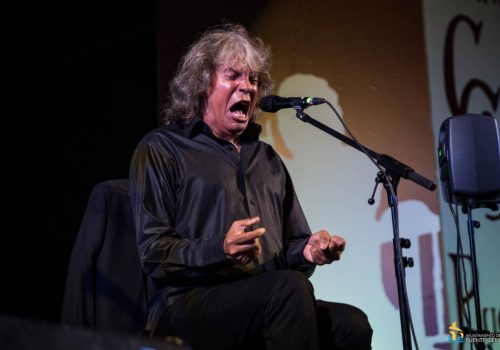 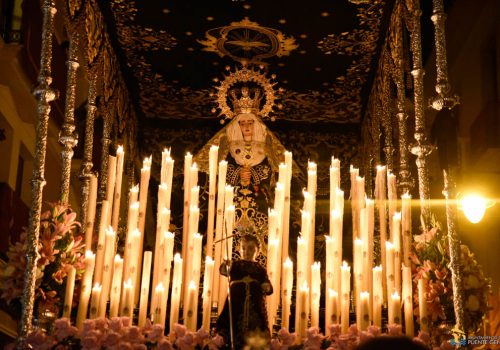 THE MANANTA
Traditions and Festivals 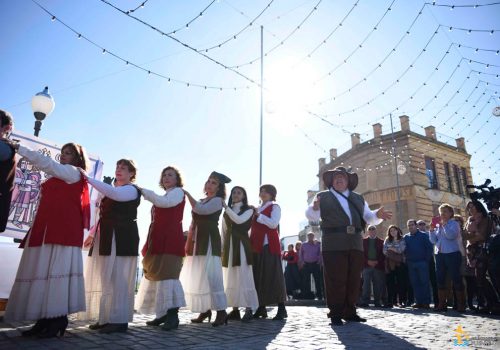 Puente Genil celebrates a wide variety of popular festivals and celebrations that complete the playful and festive sense of life that the people of Ponta have. Our town was formed throughout the sixteenth century with a flood of people coming from different lands, attracted by the advantages of the geographical location of the same, in the center of Andalusia, and be an area of passage for trade. In addition, the proximity of the Genil River and the fertile lands that surround it were an important attraction for the first inhabitants of Ponta. This constant evolution over the centuries was maintained and people from very different backgrounds established themselves here, shaping a character and a way of being very different from the people around us. The Pontanese is generous, hospitable, communicative, likes to enjoy the company of his countrymen and, of course, because of his way of being he likes the street and parties. If this had not been the case, there would have been no room for the Easter Week barracks, where participation is so important, that they have been the seed of the associative and participative fabric that our city has.

The first festival that Puente Genil celebrates at the beginning of the year is the Cabalgata de Reyes Magos (Three Kings’ Parade), which has been going on for forty years. It is a reference point for the whole region and on this day it especially fills the streets of Puente Genil with children and adults. Around 25 floats, all artistically decorated, the most important being the float of the Three Kings and above all that of King Balthazar with a spectacular elephant that closes the parade.

The Carnival, recovered with the Democracy, alternates years of splendor with others less lucid, depending on the participants to the Contest. Very spectacular and brilliant are the Carnival Sunday and Piñata parades that have the Matallana as their stage and for the dances the patio of the I.E.S. Manuel Reina.

Late Thursday gives way to the most important time of the year for our city. During Lent we must highlight the Saturdays of Romans, with the Roman Empire and the Ataos (the religious procession) followed by the rest of the Corporations to the Parish of Jesus the Nazarene, in the Plaza del Calvario. All those who visit us during those days will be able to enjoy an “uvita” and a saeta cuartelera, normally sung between two singers, and the miserings in honour of the Terrible.

Easter Week is the festival par excellence in Puente Genil, its biggest celebration, unique and unrepeatable, which follows an intense Lent full of religious celebrations of worship to the Titulars of the Brotherhoods and cultural activities. Declared of National Tourist Interest in 1979, it is several centuries old. Its original and distinctive touch is provided by the more than sixty Biblical Corporations representing characters from the Old and New Testaments that, around five hundred figurines, fill the streets of the city, sharing the limelight with the artistic thrones and images of the Confraternities.

On 25 April, the whole village moves to the countryside. It is the feast of St. Mark, the evangelist saint, who is taken to the Parque Príncipe de Asturias (Garrotalillo) where the traditional pilgrimage in his honour is held. A country day where the typical dishes of the day are tasted: the San Marcos salad, the salmorejo, and the perol.

For the little ones, as a nursery of learning in the most beloved traditions of Puente Genil, Chiquita Easter Week is celebrated between the last days of April and the first days of May, having as its axis the Day of the Cross (May 3 – Chiquito Good Friday). This celebration is a replica of the Holy Week for children, so this celebration is considered the seed of tradition. Children enjoy those days repeating what they have seen their elders do with seriousness and formality, dressing up the figures or carrying out the steps.

May is a holiday month. On the second Sunday of May the celebration of the Virgen de los Desamparados takes place with a procession through the Matallana district and fireworks when the Virgin arrives at the Plaza del Romeral.

The following weekend, always the third of the month, the celebration of the May Crosses takes place in Puente Genil. This celebration began in 1990, but has permeated the population in such a way that there are no fewer than twenty crosses, mounted by various neighborhood groups, advocations and guilds and corporations of the Easter Week in different parts of the city. Most of them are installed in the historical center, which allows you to enjoy an interesting and lively route.

Puente Genil has two Corpus Christi celebrations, motivated by the old division into two villages, and therefore two parishes, before the union in 1834.  The first takes place in the old Pontoon, with a function and solemn procession on the day of Corpus Christi, while the second takes place in the Miragenil district, where, in addition to the religious acts with a procession included, a popular verbena is organized on a variable date depending on the festivity of Corpus Christi, always on the following Sunday. This celebration is very old, dating back to the time when the neighborhood was an independent village. This festival is known as the Sunday of the Holy Sacrament and the whole neighborhood is decorated with colorful flags that are placed by the neighbors.

There are many and varied festivals and popular celebrations that are held in neighborhoods and villages.

The first to do so is the village of Los Arenales in the last week of May, and in honour of Mª Auxiliadora de las Arenas.  Already in the first week of June in the Plaza de Ricardo Molina takes place its interesting neighborhood festival.

Saint Peter’s Day is celebrated with its traditional verbena in the village of Sotogordo during the last weekend of June.

La Mina has its patron saint festival in honour of the Virgen de los Desamparados on the last weekend in July.

During the month of August and after the festive anteroom of the villages, the Royal Fair only takes place in Puente Genil from the 15th to the 19th. Our Royal Fair dates back to 1834 and was granted to us by the then Queen Regent María Cristina, which makes it one of the oldest fairs in our Autonomous Community.

On August 14th the great Festival de Cante Grande “Fosforito” takes place, which is more than four decades old. The greatest flamenco singers, guitarists and dancers have participated in this Festival, with a large number of artists, which makes it a reference point for Cante Grande on a national level. Not in vain is it declared of tourist interest.

December begins with the Novena to Our Lady of the Conception, patron saint of the town of Puente Genil since 1650. The solemn ceremony takes place on the 8th, a feast day attended by the authorities and a procession in the afternoon. On this day, the light begins to shine in Puente Genil, a city where light becomes art, and part of the Christmas lighting is inaugurated in the streets that the procession goes through.

Christmas is one of the great holidays of Puente Genil. Thousands of light points, complicated and artistic assemblies, beautifully decorated shops make Puente Genil a place for shopping and strolling. Carols and Nativity Scenes contests, the latter exposed to the public by groups and individuals and which are very much visited, the tourist train that delights children and adults and a multitude of activities that complete the festive offer of the month of December.